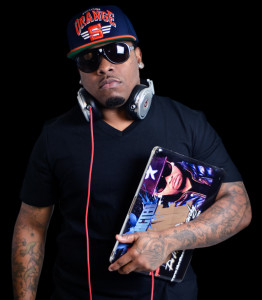 I Am A Professional Club DJ & Radio Personality | RestrictedZone was born and raised in the beautiful Island Country of Grenada. Growing up around music, deejaying was something that will never be forgotten, as this has become his way of life.

By the age of 15, RestrictedZone began hanging around DJs on a regular basis in hopes to “learn the ropes” however, they were not too keen on teaching him their skills but that never stopped him. He began traveling to Brooklyn, New York for Summer vacations in his teenage years where he continued to learn more about the music industry & developed his skills. At the age of 19, he moved to Houston, Texas for several months but soon before he knew it he decided that New York is where he really wanted to be. New York is where he currently resides with a love for his city and the many family & friends that surround him.

RestrictedZone visited his cousin ‘Maestro’ another DJ from Brooklyn who was equipped with sound systems & turn tables. Maestro had put on 2 vinyl records with the same two rhythms and showed his cousin how to mix the music and told him to give it a shot and boy did he make his cousin proud! Together they laughed and Maestro said, “you’re a pro!” This built up his confidence and from there things really took off! He knew it was in him to take deejaying more serious and the rest was history.
From 2006 onwards, with his passion for music and determination to excel, RestrictedZone continues to provide his services through being a professional club DJ and radio personality. He creates special orders for music CDs & MP3s, provides rentals for lighting and sound systems, and is also known to provide his services for well know organizations throughout North America. Some of these include Macy’s, T-Mobile, Medgar Evers College and multiple clubs & private functions.
With his versatility in music and well known for Hip Hop, RnB, Reggae, Soca & Pop, RestrictedZone comes highly recommended by all.